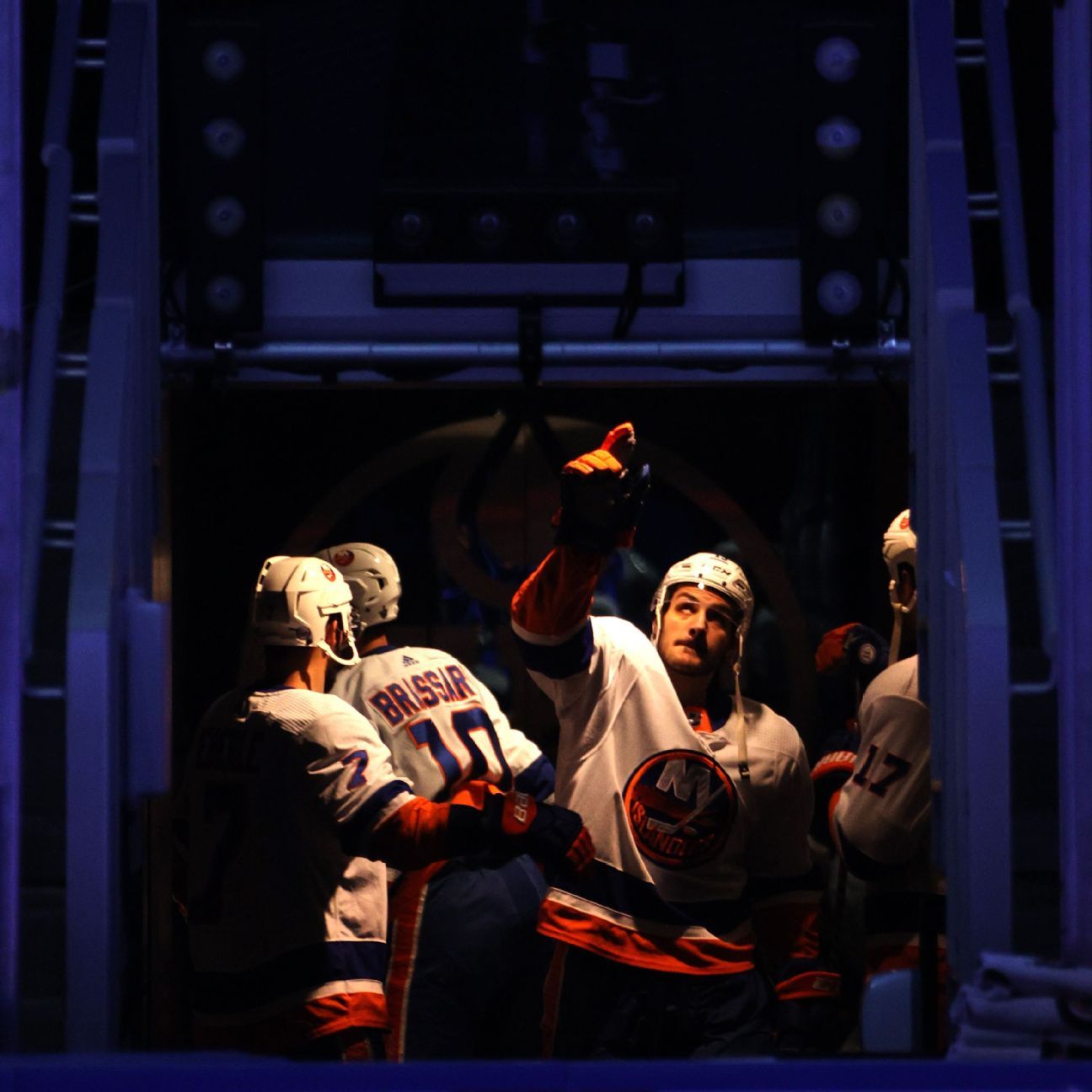 Check out ESPN NHL Playoffs Today every day of the postseason until the Stanley Cup is handed out in October.

Question of the day: Will Brayden Point go in Game 3?

With 23 points in 15 playoff games, Tampa Bay’s Brayden Point was in the playoff MVP conversation, driving the Tampa offense in the absence of star Steven Stamkos. But now he might be absent too, after an undisclosed injury in Game 2 that kept him out of the third period. Coach Jon Cooper said “it’s a possibility” he could miss Game 3.

“It’s hard for me to give updates on Point right now,” Cooper said Thursday. “We’re actually off today, so it would be pointless to really talk about it. I’m not trying to keep you in the dark or anything, but we won’t have a better understanding until I talk to you tomorrow morning.”

If Point can’t go, it’s next man up for the Lightning: Center Anthony Cirelli played on the top line in Game 2 with Ondrej Palat and Nikita Kucherov. Rookies Mitchell Stephens or Carter Verhaeghe could draw into the lineup.

Point’s injury aside, the Lightning will be short-handed in Game 3 after the NHL Department of Player Safety suspended forward Alex Killorn one game for his boarding major penalty on Brock Nelson in Game 2. Perhaps that’s why Islanders coach Barry Trotz was sounding an optimistic tone on Thursday despite being down 2-0. “I just feel like this series is real close to flipping here. Our game is back to where it should be,” he said.

Bet of the day

Lightning over 2.5 goals (-150). No Killorn, no Point? No problem. While the Lightning just managed to get two goals in Game 2, they’ll get three or more in this one as they have in eight of their 12 playoff-round games.

Alexander Radulov scored just 31 seconds into overtime to give the Stars a 3-2 win in Game 3. This game was an odd one. The teams played to a stalemate until defenseman Jamie Oleksiak scored on a breakaway with 17 seconds left in the second period. The third period was wild: The Knights tied the contest twice on goals by Shea Theodore and Alex Tuch to force overtime. But two great passes by Jamie Benn and Joe Pavelski sprung Radulov, and he beat Robin Lehner for the win. “The puck got on the wrong guys’ sticks at the wrong time tonight,” Vegas coach Peter DeBoer said. Full recap.

Radulov scored his second overtime winner of the postseason and has eight playoff goals overall for Dallas. On the game-winner against goalie Robin Lehner: “He’s a good goalie. There’s not a lot of room. I was lucky to beat him.”

The Dallas goalie laid it on the line with 38 saves in the Game 3 win, including 16 of them in the third period. “We’re not in overtime without him,” coach Rick Bowness said.

Stone assisted on Shea Theodore‘s game-tying goal and was a presence in front of the net on Alex Tuch’s tying goal, both in the third period.

Quote of the day

“Obviously it’s frustrating. But we’re not going to throw ourselves a pity party. We’re not going to blame it on anyone. It’s all 20 guys in our locker room that played tonight. No matter how much we thought we should have won that game, we didn’t.” — Vegas Golden Knights forward Alex Tuch on their Game 3 overtime loss.

Controversy of the day

Did Stone interfere with Khudobin before the puck went off the Knights forward for the game-tying goal in the third? “We saw he kicked our goalie’s feet from underneath him,” Bowness said.

But the coach said that Khudobin was outside of his crease, and that might have been the determining factor. As the rule states, “Incidental contact with a goalkeeper will be permitted, and resulting goals allowed, when such contact is initiated outside of the goal crease.”

Said Khudobin: “I was out of my crease and that’s why it was a goal. That’s all I can tell you. I’m not the referee.”

There was an inevitability for Sean Couturier winning the Selke Trophy this season, and that’s what ended up happening. The Flyers center won his first award as the NHL’s best defensive forward, and was named on 163 of the 170 ballots, including 117 first-place selections. Patrice Bergeron of the Boston Bruins, seeking his record-breaking fifth Selke, was second; last year’s winner, Ryan O’Reilly of the St. Louis Blues, was third. You can see the ESPN writers’ picks here.

Up next: It’s the Lady Byng Memorial Trophy for the most gentlemanly player. O’Reilly, Colorado Avalanche star Nathan MacKinnon and Toronto Maple Leafs star Auston Matthews are your finalists. (Luckily for Matthews, the award just covers what happens on the ice, not off of it.)

NHL still hoping for January 1 start, but it may take ‘different form’