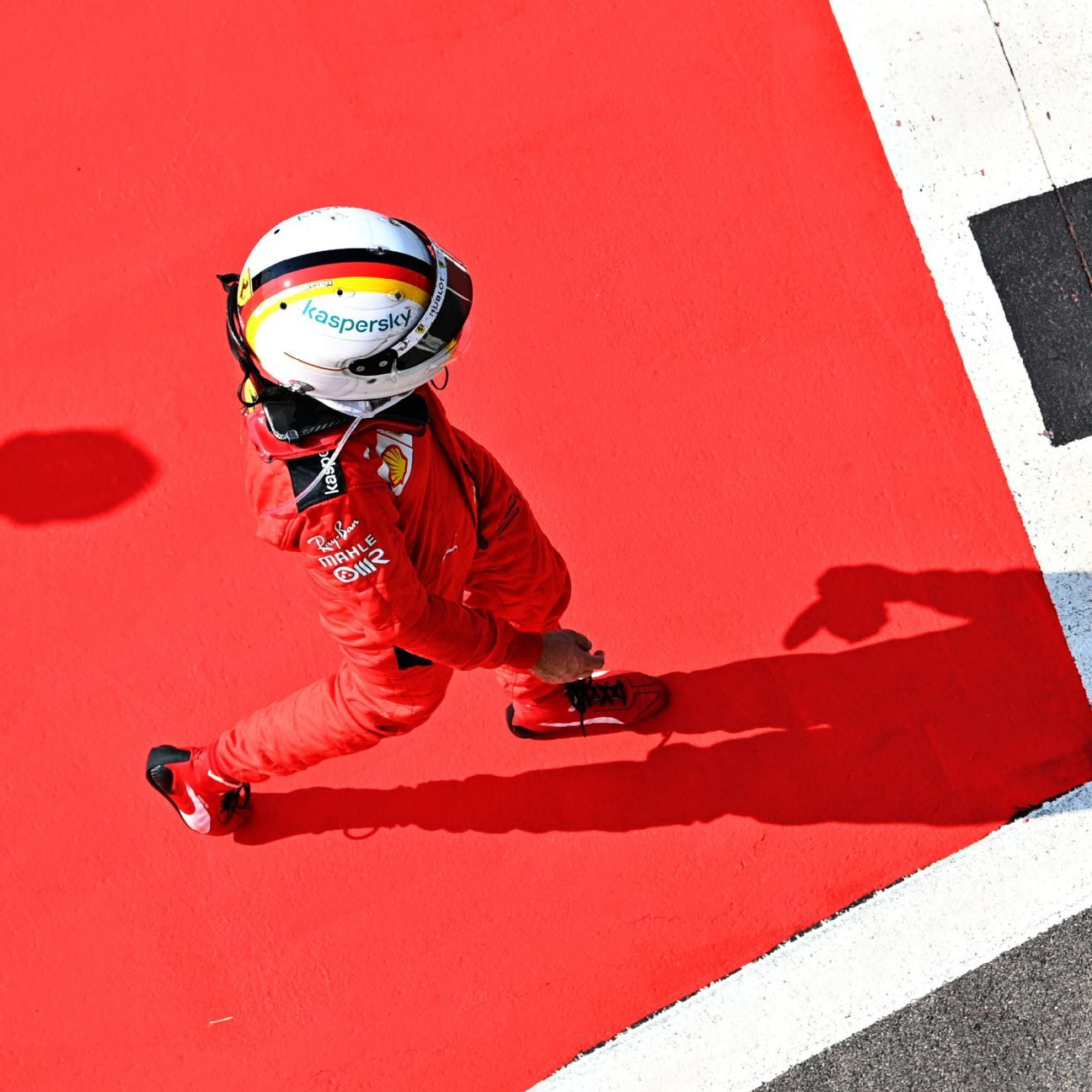 Sebastian Vettel is well known for his sharp sense of humour, so the timing of his Aston Martin announcement on the eve of Ferrari’s 1000th race won’t be lost on him. To put it in real-world terms, it’s a bit like announcing your engagement at your ex’s birthday party. He’s unlikely to say it when it comes to talking to the press, but in the midst of a difficult final season with Ferrari it seems Vettel is going to have the last laugh.

Thursday’s Tuscan Grand Prix media day at Mugello, a circuit owned by Ferrari, was supposed to be about the Italian team’s legacy in the sport. In normal circumstances, Vettel, as one of two Ferrari drivers on the grid, would have been asked ad nauseam what Ferrari means to him. Instead, he has flipped the narrative so that it will focus on his future rather than Ferrari’s past.

Despite his questionable form over the past few years, it was hard not to feel sorry for Vettel when Ferrari announced it was dumping him for 2021. The news came before a wheel had been turned in anger in the 2020 season and just a few months after team principal Mattia Binotto had named Vettel as his first pick for 2021 at Ferrari’s car launch. By the time the F1 paddock reconvened after lockdown, it emerged that Ferrari had been in talks with Carlos Sainz since the winter and that Vettel had never been offered a contract extension.

Pierre Gasly joins the show two days after his Monza win to talk phone calls from a president, Neymar, and his friendship with reigning world champion Lewis Hamilton.
Listen to the latest episode

Once a short period of sympathy had passed, the next big question was where Vettel would end up in 2021. McLaren quickly committed to Daniel Ricciardo and Renault had its sights set on Fernando Alonso, who announced his return to F1 in early July. It didn’t take long to join the dots and place Vettel at Racing Point, and as early as the second round of the season at Austria a contract offer was being talked about.

It’s possible that the more difficult negotiations to break Sergio Perez’s existing contract with the team, which was supposed to run until 2022, just so happened to be finalised ahead of this weekend’s race at Mugello. But even so, the timing could not have been sweeter for Vettel.

Is Vettel the right driver for Aston Martin?

It’s clear why Aston Martin wants Vettel. A four-time world champion, who remains one of motorsport’s biggest names, is an ideal candidate to build the team around when it rebrands as Aston Martin next year.

The press release announcing Vettel’s arrival opened with the sub-head “A statement of intent” and used four paragraphs to list the German’s achievements in the sport. There is little doubt that of the drivers available to Aston Martin, Vettel was by far the biggest name.

But the team is getting more than that. Vettel is a notoriously hard worker, who makes hand-written notes about the car’s behavior after every session. He has folders of those notes at his home in Switzerland for reference, but they represent just a small slice of the 14 years of F1 experience Aston Martin is buying by signing Vettel.

The big question remains over his current form. Arguably, Vettel had a car capable of winning the 2018 title, but let the season slip through his grasp thanks to a series of mistakes. Those on-track errors have only multiplied since then and his current form against Ferrari teammate Charles Leclerc does not read well.

The man he is replacing, Perez, has consistently been one of the most undervalued drivers on the grid. It’s true that Perez has zero race wins to Vettel’s 53, but his ability to extract the most from the cars at his disposal, especially in recent years among midfield teams, is more proven.

So which version of Vettel will Aston Martin get?

A move to a new team might reinvigorate the 33-year-old, who clearly still believes he has more to give. If the car suits him, and it’s quite obvious that this year’s Ferrari does not, there’s a chance we might see another glimpse of the four-time world champion we knew from the early 2010s. But if you strip away the titles and race victories and focus purely on current form, Vettel is not a superior candidate over Perez.

The other option was to replace Lance Stroll. It’s unlikely it was ever seriously considered as Stroll is the son of the team’s lead shareholder, Lawrence, but of the three drivers he is arguably the weakest. The counter argument, laying to one side family ties, is that Stroll has improved on his main weaknesses — qualifying and consistency in races — this season and, at 21 years old, still has plenty of scope for improvement.

Should Vettel have retired?

It’s a question only he can answer, but as long as the determination to race is still there, this is the right choice. Had he F1, there would have been no coming back and the silverware from his four world titles would have been irrecoverably tarnished by his final few years with Ferrari.

What’s more, as strange as it may have seemed this time last year, in leaving Ferrari and going to Racing Point, Vettel is actually trading up. This year’s Ferrari needs to be coerced to get into the top 10 in qualifying, whereas the Racing Point, with its rich Mercedes DNA, is a regular Q3 contender. With the same chassis being used next year by regulation, the smart money is on Vettel to beat his old team more often than not in 2021.

It also gets Vettel out of a team that is on a downward trajectory and into a team that is on the up. Ferrari is in need of figures to blame right now and Vettel was becoming an increasingly easy target. But at Racing Point, every top ten finish still feels like a positive, even though the car is good enough to regularly nip at the podium places. Strip away the history of the two teams, and there’s no doubt which one would be the more desirable place to work next year.

When you accept that Mercedes and Red Bull never seriously considered Vettel for 2021, Aston Martin is the best team he could have hoped to drive for. It’s still a relatively small outfit, but that comes with the bonus of less internal politics and a greater focus on racing. It’s the perfect environment to have the last laugh.