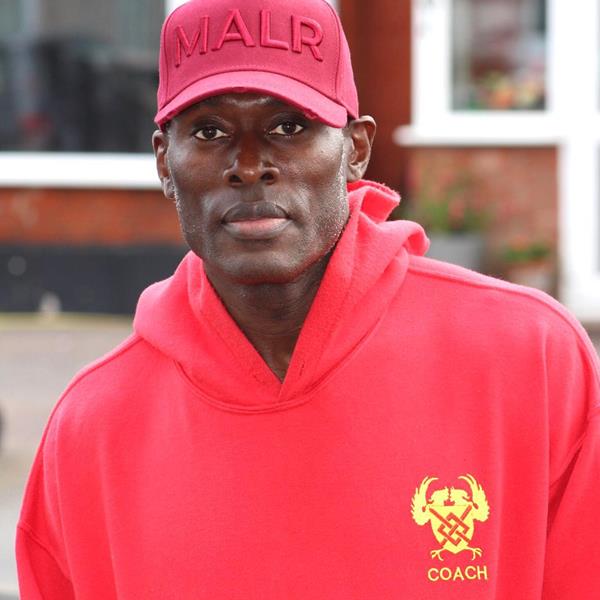 From central London, it was an image that was beamed across the world, capturing a tale of compassion at a time of high tension.

But as it went viral on social media, few were aware that the protagonist – hailed a hero on the front pages of British newspapers – was an athletics man. For Patrick Hutchinson, a 49-year-old sprints coach with Hercules Wimbledon AC, life ever since has been “absolutely insane”.

“Mate, it’s absolutely mental,” he says. “Imagine how mad it could be and then double, treble or quadruple it. I’ve had people recognising me, I’ve had to wear shades when I go out and I walk with my head down. But it’s all been positive, lots of well-wishers.”

The story of that day, Saturday 13 June, is one he’s told dozens of times, and one Hutchinson will likely have to tell for the rest of his life.

As Black Lives Matter (BLM) protests spread across the world, far-right activists in Britain had organised a counter-protest, claiming they were doing so to protect the city’s statues, some of which had been damaged in previous protests.

That morning, Hutchinson was contacted by a friend who works in private security who was worried that violence would escalate between the two groups. Although the official BLM protest had been cancelled, Hutchinson knew many would still show up and that things could get ugly if they clashed with the counter-protesters.

In truth, Hutchinson wasn’t one to participate in BLM protests. His reason for going was simply to stop young black men ruining their lives if they got provoked into violent clashes.

“We (decided we) need to go up there, protect the youth and stop them doing something silly. We went with the intentions of keeping the peace.”

Before the famous image was taken, Hutchinson and his friends had already broken up several fights and protected a car which was being attacked. It was then he spotted a white counter-protester, 55-year-old Bryn Male, who was surrounded and being badly beaten on the ground.

“He was left alone and he got set upon by the Black Lives Matter protesters,” says Hutchinson. “There was quite a few trying to protect him, it wasn’t just us. Had they not done that, God knows what would have happened.”

Hutchinson’s friends got there just before him and tried to form a barrier around Male, and when Hutchinson arrived he hoisted Male on his shoulder and carried him to safety. “I was just thinking of a human being on the floor,” he said. “It wasn’t going to end well had we not intervened.”

Male later told the Daily Mail he would “love to shake that man’s hand who saved my life.”

In the days after, Hutchinson became synonymous with the anti-racism movement in Britain, one he summed up well on Instagram: “It’s not black versus white, it’s everyone versus the racists.”

While his heroic act will never be forgotten, it’s possible that his biggest contribution to combatting racism is through work that is far less acknowledged – but no less significant.

Hercules Wimbledon AC, after all, is a club where athletes from various backgrounds, ethnicities and classes work together as one. Four times a week, Hutchinson is there, working with a group of 40 athletes who range from children to young adults.

“The club is based in Wimbledon which is quite well-to-do, I’m based in the Croydon area, which is known to have a lot of really talented athletes,” explains Hutchinson. “I’ve brought a lot down to Wimbledon to improve the club on the sprinting front and because of that, it’s very multicultural.”

One of their most promising young sprinters is Freddie Arkell, the leading British U15 over 200m last year, along with Jaleel Roper, who set a British U15 200m record of 22.13 in 2017.

Hutchinson’s start in athletics was a late one. He grew up in Battersea and, as the son of a single mum, the only sports he could participate in as a child were those available in his immediate area like football or martial arts – whatever he could get to on his own.

It wasn’t until the age of 40 that he found his way into coaching. Fed up with his career in the city, he became a personal trainer and that’s been his day job ever since. He’s a father of three, but his arrival into the athletics world came about through his niece, Shannon Hutchinson.

She was a talented childhood sprinter and it was Patrick who first took her to Croydon Harriers, where she was picked to race with girls from other clubs at the Surrey Relays. One of Shannon’s teammates that day was with Hercules Wimbledon and after the race, Hutchinson got chatting to her coach, Paul Miller, who asked if he’d be interested in coaching at their club. He was, and in the years that followed Hercules paid for Hutchinson to get his full coaching licence.

Though he brought a wealth of knowledge of strength and conditioning, the learning curve was steep when it came to sprinting. Hutchinson devoured tutorials on YouTube, skimmed coaching books and absorbed all he could from club mentors such as Miller.

His approach with his athletes? In a word: patience.

“I like children to self-discover certain things, explain the drills to them and if they don’t get it first time, I don’t constantly go at them,” he says. “I leave them to self-discover and over time get better at it.”

He may be a few decades older than his athletes but Hutchinson gets through to them best by staying on their level. 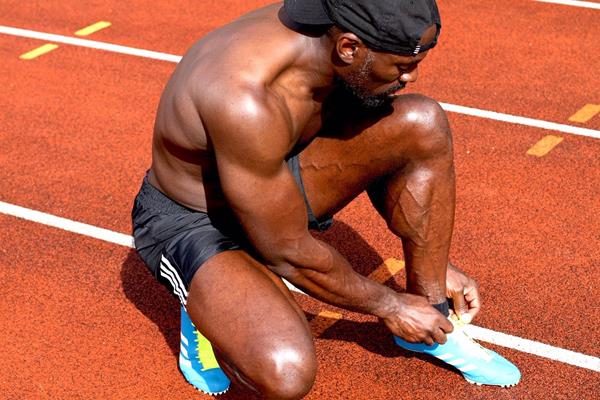 “I’m 49 but I’m a young, active coach. I know a lot of the street slang so I sometimes use that terminology when I’m talking to them and they are really surprised. ‘Coach, how do you know words like that?’”

With a slew of athletes ranked in the top dozen in the UK for their age groups, the short-term goal is to help many to underage international championships, then hopefully bring them through to senior success.

“Like all coaches, we want to take a young athlete all the way through to the podium at the Olympics or World Championships,” he says.

Like everyone else in athletics, Hutchinson is counting down the time to next year’s Olympics, though the thing he loves most about the Games is not the action itself. In a world where it’s easy to feel a deepening sense of division, sport remains a powerful antidote to the poison of racism.

“When you see people walking out with different uniforms, different races, colours and flags, that’s my favourite part,” he says. “Everybody is there together to celebrate sport. It shows unity, that there’s one race on the planet.”

Be your own coach| News

Tour of Britain heads to Isle of Wight in 2022