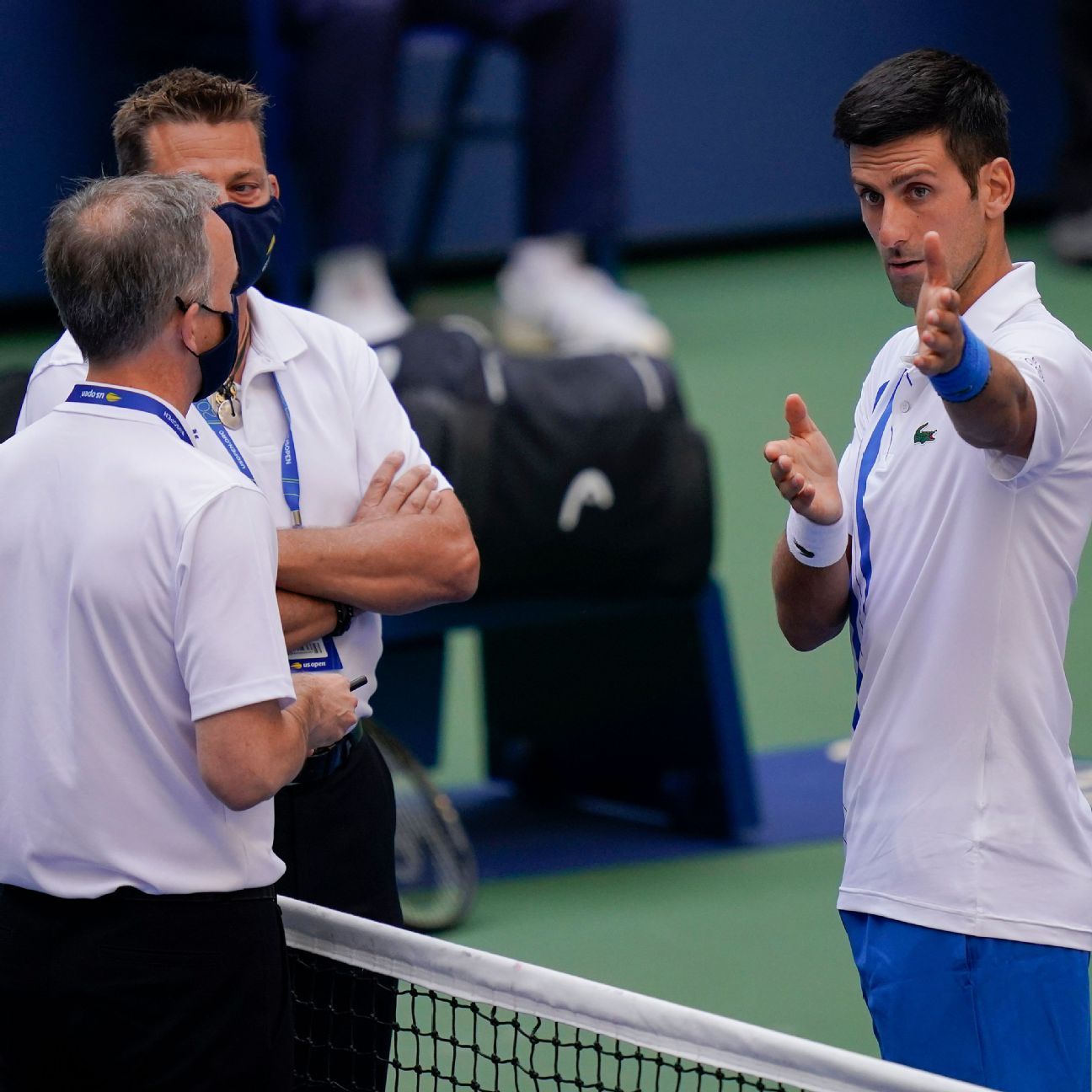 In his fourth-round match at the US Open on Sunday, Novak Djokovic flicked a ball to the backcourt without a glance and it landed square on the throat of a line judge, resulting in the World No. 1 being defaulted from the tournament. The incident has swamped social media discourse and thrown up views at odds.

ESPN asked two former Indian singles players — Vijay Amritraj, a legend and four-time Grand Slam quarterfinalist, and Somdev Devvarman, the last Indian player to be ranked inside the top 70 and among the sport’s most inventive thinkers in the country — to weigh in on the episode that unfolded at the Arthur Ashe Stadium.

On Djokovic being defaulted from the tournament

Amritraj: It is incredibly unfortunate. The USTA has had to jump through hoops, putting in great effort to run the tournament itself, especially since the US has had the worst virus situation in the world. The last thing they would have wanted was for something like this to happen. But, under the circumstances, it was a very straightforward decision. In this case, the umpires gave Novak the respect of a 10-minute discussion before they actually pulled the trigger.

Devvarman: I think it was a fair decision. It was a freak accident, at least the way I saw it. It was very unlikely that the ball was going to go hit that line judge right in the neck. Of course, that’s exactly what happened. The way I look at it is, yes, he’s World No. 1 but he’s also human. He clearly made a mistake and that’s okay. It was unintentional and he’s very apologetic about it. He could have easily gone through the rest of this career without any of this taking place but that’s not how it eventually unfolded.

On Djokovic being defensive of his poor behaviour in the past

Amritraj: I think that’s a bit of a stretch. You can’t judge people by past behaviour. You have to go along with the incident at hand and look at potentially what drives him/her to do what he/she does. Also, it can be easy to bring lots of extraneous elements into this to suggest that the decision stemmed from something else, the players association for instance. Honestly, we have to isolate the incident for what it is which is what the referees did.

Devvarman: Yes, I too saw that video (from the 2016 ATP Tour Finals press conference after he’d launched a ball into the stands) and he seemed pretty defensive without a doubt. He should have taken it a bit more seriously. Kids learn this way and sometimes so does the World No. 1. From all the temper tantrums I’ve seen, Djokovic is usually the one yelling, screaming and not really smashing rackets [Editor’s note: Djokovic has been involved in some racket-smashing incidents]. I think it will be hard to single him out and say that he’s one of the worst behaved and he had it coming. I don’t think that’s fair.

On what role intent/outcome should play while judging such episodes

Amritraj: Well, here’s the problem with hitting a tennis ball in any direction. It needn’t necessarily be your fault for someone to get in the way of it. Just out of disgust, people throw their rackets. I’ve seen people do that and the racket bounces up and hits them in the face. Imagine if someone does that against the backstop, it could bounce off and hit a ball kid, right? It has to be a rule that fits all, and someone can’t be let go because he’s the No. 1 player and someone else shouldn’t have to pay for it just because he’s at No. 89.

There have been way too many precedents. The Tim Henman episode (in Wimbledon 1995) is a perfect example. There was no one in that direction when he fired the ball and the ball girl just happened to run into its trajectory. Denis Shapovalov ended up hitting an umpire in the face with a ball he’d struck (at the 2017 Davis Cup) or David Nalbandian kicked a board that hit the lineman in the shin, which then started to bleed a little bit (at the 2012 Aegon Championship).

None of these were intentional, really, but you have to pay up for the consequences. Code violations are in place for a reason. It’s a very tricky situation because players are under a lot of pressure especially during a tight situation in a match. Wrong line calls, foot fault at the wrong time, all of it can affect a player. Similarly, line judges and umpires are under pressure to always make the right calls. Being guided by rules is the only way for umpires to maintain the decorum of competition.

Devvarman: It ultimately comes down to the officials on court. The chair umpire obviously has a lot to do with it. In the case of (Aljaz) Bedene two weeks ago, the cameraman was pretty sporting after being hit when compared to the line judge in the Djokovic match, who obviously was a bit more traumatised. I don’t know how much of a role the reaction of the former played in the eventual decision. Sometimes it’s a clear and obvious error, at other times it’s overturned. The Djokovic incident perhaps falls in the grey area where the referee kind of made a decision which is hard to argue against. They followed the rule book.

I can recall several instances across sport where it’s been much worse. At the NBA and NFL, people get ejected for behaving in (a) far more terrible manner. In football, Zidane did it, Beckham did it. And it ended up hurting their respective teams. Serena Williams did it, Mike Tyson did it. I’m not comparing Djokovic’s episode here, but though Serena didn’t physically assault anyone, her tirade at the US Open a few years ago was far worse. It’s tough sometimes when we put athletes on a pedestal. They’re playing in high-stress environments. Emotions and aspirations are running high too. I don’t think we can judge Novak and say he’s brash or a bad guy. He definitely made a mistake. It was an accident that happened in literally a split second.

On the view that outside cricket, Indian athletes are given to far fewer episodes of rage

Amritraj: I’d say we are cultured in a way. Of course, we want to win because well, it’s sport, but we also want to be able to win in a manner our parents would be proud to watch. As would the country. To me, in my day, that was more important than anything else. But my demeanour has been like that. (John) McEnroe, (Jimmy) Connors and (Bjorn) Borg did it in a different way in my time. Different people handle pressure differently. But as the great Billie Jean King said, pressure is a privilege.

Devvarman: In modern sport, I’ve found it wiser to look at it more as individuals rather than where they are coming from. People could say Japanese players are less violent as well. Personally, I’ve never been defaulted from a match for something like this but I’ve certainly thrown rackets, broken rackets and hit balls out of stadiums. These aren’t things I’m proud of doing but you know in the heat of the moment when you lose a big point or a line call goes against you, emotions can take over.

Magnussen among seven opting not to kneel before British GP Sunday trading: Save big on a Garmin Edge 130 plus deals on carbon wheels

Pac-12 cancels all sports for calendar year amid coronavirus pandemic

Etienne comfortable deciding to return to Clemson amid virus