Traditionally, this is Rafael Nadal’s time to dominate: the week when the world’s premier clay-court tennis tournament, the French Open, comes to a close, and when Nadal secures another singles title.

He has won the Open an astounding 12 times, but this is a season like no other, and instead of pumping his fist and bellowing “vamos” after whipping another forehand winner in Paris, he instead spent Thursday at his academy in Manacor on the Spanish island of Majorca.

The French Open, originally scheduled to run from May 24 to June 7, has been postponed to late September and early October because of the coronavirus pandemic. The United States Open, the next Grand Slam tournament on the schedule, is uncertain to be played but still set for Aug. 31 to Sept. 13 in New York, which has been hit particularly hard by the virus.

“Well, is not an ideal situation, honestly no,” said Nadal, who won his fourth U.S. Open singles title last year. “If you ask me today if I want to travel today to New York to play a tennis tournament, I will say no, I will not.

“In a couple of months I don’t know how the situation is going to improve. Hopefully it’s going to improve the right way, and I’m sure the people who organize the event, the U.S.T.A., want a safe event, same like the French Federation,” Nadal told tennis journalists on a Zoom call.

The men’s and women’s tennis tours have been on hold since mid-March, when the BNP Paribas Open in Indian Wells, Calif., was canceled on the eve of the qualifying tournament. Nadal and his team were already in Indian Wells.

He returned to Majorca and spent more than two months in lockdown before resuming limited on-court training last month. Spain, which is beginning to reopen, has been hit hard by the pandemic, with more than 240,000 confirmed cases and approximately 30,000 deaths.

Though tennis exhibitions are being organized in Europe and the United States, the tours have postponed play until at least August with a decision expected later this month on the U.S. Open.

United States Tennis Association officials have expressed cautious optimism. It would very likely be played without spectators and with players limited to reduced support teams and subject to frequent testing, with their movements restricted to official hotels and the tournament site to protect their health.

“I am confident they will make the right decision in the right moment to make sure if the tournament is played, it will be in safe circumstances,” Nadal said. “If not, in my opinion, it doesn’t make sense.”

He was asked if he was concerned about the U.S. Open because of the “current political climate” in the United States, which has been the scene of mass demonstrations after the death of George Floyd in police custody in Minneapolis.

“The situation has been very ugly for the last couple of days; when you see all this stuff, it’s terrible,” Nadal said. “I really hope that the country is able to control all this terrible situation that a lot of cities are living and be able to come back to a positive life respecting everybody and of course trying to live with peace. That’s the main thing.”

Nadal said it was too early to decide on whether he would play in both the U.S. Open and the French Open, which are likely to be separated by just a two-week gap if they are played at all.

Nadal said he felt it was important that the tours resume play only when global travel restrictions have been lifted to allow all eligible players access to events. He said he remained uncertain whether tournaments could resume in 2020.

“We have a worldwide tour,” he said. “We need to be clear. We need to be responsible. We need to be sending a strong message, and we need to be a positive example for the society. We need to understand we are suffering an unprecedented situation, and my feeling is, we need to come back when all the players from all the countries of the world are able to travel and in safe circumstances.”

But Nadal conceded that he might have to compromise on that principle and “probably will play” if the tour restarts with some competitors’ movements still restricted. 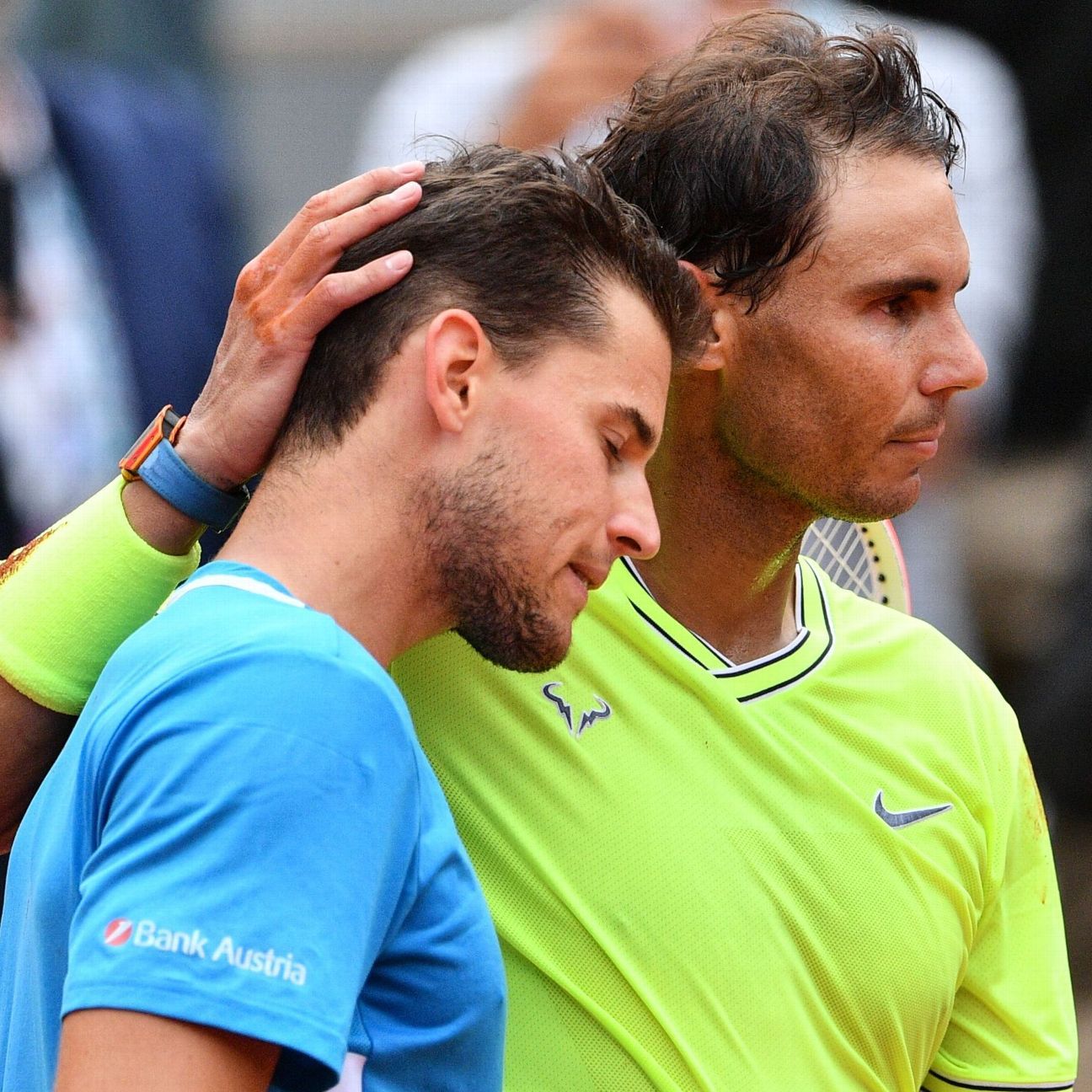 Get ready, Trail Blazer fans, tonight’s ‘Last Dance’ might be a gut punch

Football’s sponsors worry that they are paying for nothing